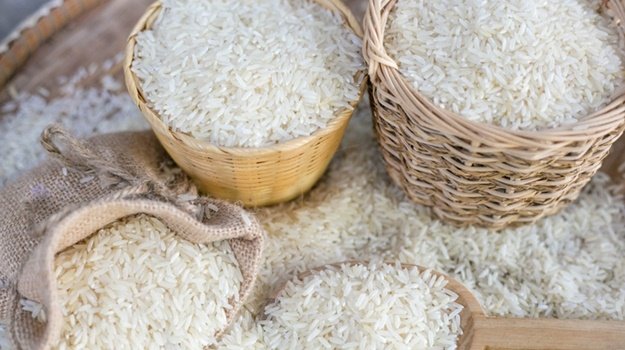 Jinghai district in northern China is hardly a rice-growing paradise. Located along the coast of the Bohai Sea, over half of the region’s land is made of salty, alkaline soil where crops can’t survive. Yet, last autumn, Jinghai produced 100 hectares of rice.

The secret to the bountiful harvest is new salt-tolerant rice strains developed by Chinese scientists in the hope of ensuring food security that’s been threatened by rising sea levels, increasing grain demand and supply chain disruptions.

Known as “seawater rice” because it’s grown in salty soil near the sea, the strains were created by over-expressing a gene from selected wild rice that’s more resistant to saline and alkali. Test fields in Tianjin—the municipality that encompasses Jinghai—recorded a yield of 4.6 metric tons per acre last year, higher than the national average for production of standard rice varieties.

The breakthrough comes as China searches for ways to secure domestic food and energy supplies as global warming and geopolitical tensions make imports less reliable. The nation has one-fifth of the world’s population, and that many mouths to feed, with less than 10% of the Earth’s arable land. Meanwhile, grain consumption is rising quickly as the country grows more wealthy.

“Seeds are the ‘chips’ of agriculture,” said Wan Jili, a manager at Qingdao Saline-Alkali Tolerant Rice Research and Development Center, drawing a parallel between the crucial role semiconductors play in the development of new technologies and their role in the ongoing trade war between the U.S. and China. Seawater rice could help improve China’s grain production in the face of an “extremely complicated situation regarding climate change and global food security,” she said.

China has been studying salt-tolerant rice since at least the 1950s. But the term “seawater rice” only started to gain mainstream attention in recent years after the late Yuan Longping, once the nation’s top agricultural scientist, began researching the idea in 2012.

Yuan, known as the “father of hybrid rice,” is considered a national hero for boosting grain harvests and saving millions from hunger thanks to his work on high-yielding hybrid rice varieties in the 1970s. In 2016, he selected six locations across the country with different soil conditions that were turned into testing fields for salt-tolerant rice. The following year, China established the research center in Qingdao where Wan works. The institute’s goal is to harvest 30 million tons of rice using 6.7 million hectares of barren land.

“We could feed 80 million more people” with salt-tolerant rice, Yuan said in a documentary broadcast in 2020. “Agricultural researchers like us should shoulder the responsibility to safeguard food security,” he told a local newspaper in 2018.

Climate change has made the task more urgent. China’s coastal waters have risen faster than the global average over the last 40 years, a worrying trend given the country’s deep reliance on its long and low eastern coast for grain production. Successfully growing salt-tolerant rice on a large scale would allow the country to utilize more of the increasingly salty land in the area.

According to the Intergovernmental Panel on Climate Change, sea levels around the world could rise as much as 59 centimeters by the end of the century if the planet warms by 2 degrees Celsius. Oceans surrounding the U.S. will swell faster within the next three decades than they did in the past century, according to a report this week led by the National Oceanic and Atmospheric Administration.

President Xi Jinping has stressed in several recent meetings with top government officials that ensuring the supply of primary goods is a “major strategic issue” given climate and geopolitical pressures. “The food of the Chinese people must be made by and remain in the hands of the Chinese,” he said at a gathering of the Politburo Standing Committee meeting in December.

Chinese scientists are betting that land once dismissed as barren can be turned into productive grain-producing plots. About 100 million hectares of land in the country, about the size of Egypt, is high in saline and alkaline. Meanwhile arable land has decreased 6% from 2009 to 2019 because of urbanization, pollution and overuse of fertilizers.

To make use of salty soil, farmers traditionally dilute their fields with large amounts of fresh water. The approach is still commonly used in some coastal regions. But the method requires vast amounts of water and often doesn’t improve yields enough to make sense economically.

“China is looking at another method now, to develop grain varieties that can withstand the soil’s saltiness,” said Zhang Zhaoxin, a researcher with China’s agricultural ministry. While seawater rice has mostly been planted on trial fields so far, Zhang said he believes commercial cultivation will soon take off with the government’s support.

“If China can be more self-sufficient in staple foods, it would be a contribution to the world’s food security too,” said Zhang. “The less China imports, the more other countries will have.”