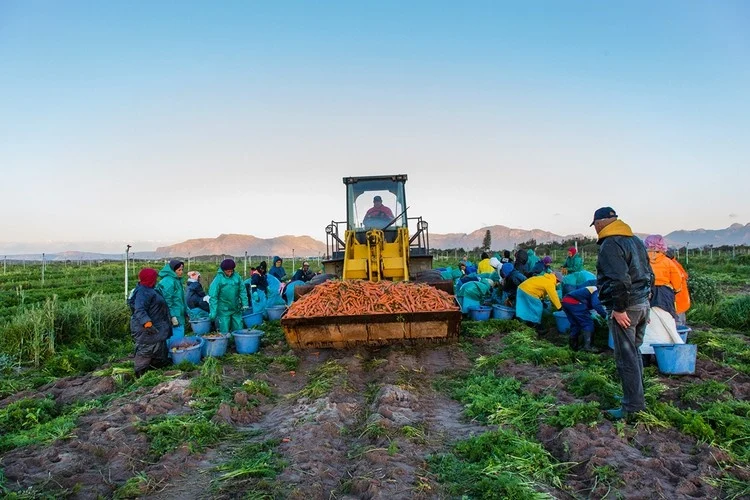 Coronavirus: Most ‘risk violations’ are in agricultural sector

Most of the Covid-19 virus “risk violations” so far have taken place in the agricultural sector, says David Esau, chief inspector at the Department of Labour in the Western Cape.

“All our health and safety inspectors are on the road. In terms of agriculture, we really are locking down and dispatching our inspectors everywhere possible,” Esau said.

In a statement on 28 March, the department said it had received “numerous complaints from workers that some employers are forcing them to work without the necessary personal protective equipment”.

The department promised that inspectors, accompanied by SAPS and Department of Trade and Industry officials, would continue with monitoring to ensure that businesses “comply fully with the conditions and regulations of the lockdown”.

On Tuesday, Esau said that all companies should have adequate hand-washing and sanitising measures and reasonable social distancing measures.

“If these measures are not in place, we close you down,” Esau warned. He said the department had already closed down a few businesses in the past few days.

Billy Claasen, director of the Rural and Farmworkers Development Organisation, said many farmworkers were particularly vulnerable and “exploited” during the lockdown.

No gloves or masks

Parliament’s Portfolio Committee on Agriculture, Land Reform and Rural Development said in a statement on Monday: “Farmworkers and workers in the agriculture sector in general risk their health and those of their families to report for duty. It is therefore vital that we care for them.”

Claasen said: “The government has a responsibility towards the farmworker. Many injustices on farms happen behind closed doors. Many farmworkers don’t even know where to lay complaints and they also reside in [far-flung] areas.”

Claasen, who visited several farms in areas like Piketberg, Citrusdal and Clanwilliam, said social distancing measures were still not in place, especially where workers were being transported to work at the back of bakkies.

A farmworker from Ceres who spoke to GroundUp on condition of anonymity said many workers were upset that protective measures like gloves or masks were not yet in place to protect them.

“The people in the pack houses are unsafe. Three to four people work at a single packing table. There is supposed to be a space of a metre or more between the workers, but it isn’t like this,” said the farmworker.

He said managers had “placed themselves under quarantine”, which made it difficult for workers to communicate with them. “The workers are not allowed to enter the manager’s offices. And you don’t see them walking around in the factory.”

Claasen said getting accurate information to people living on farms and those in outlying areas was a challenge.

“Agriculture is an integral part of the economy

of the Western Cape. This is also a priority when it comes to social security in this country. But farmworkers need to be looked after,” he said.