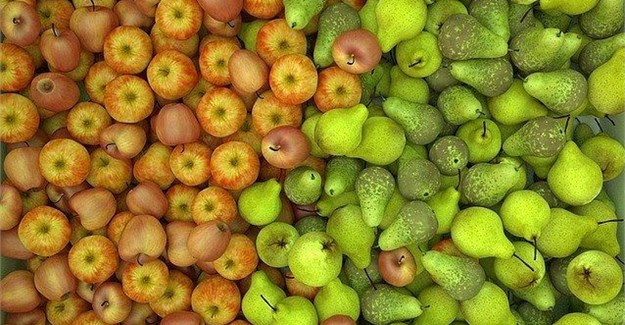 South Africa’s apple and pear production is set for a record export crop this season. Apple exports are expected to rise by 5% year-on-year to 38,4 million 12.5kg equivalent cartons.

Pears are due to grow by six% year-on-year to 17.9 million 12.5kg equivalent cartons. This according to Hortgro’s Trade and Markets Manager, Jacques du Preez, who presented at PMA South Africa’s live broadcast in partnership with Beanstalk.Global on 20 May 2021.

Other experts who joined the conversation were Awie de Jager and Gert Marais at Delecta Fruit, Tracy Davids at Bureau for Food and Agricultural Policy (BFAP) and Xavier Murray at Cape Five Export.

Over the last ten years, this export-orientated sector has seen a move away from apple exports to Europe and Russia towards Africa, the Far East and Middle Eastern markets percentage-wise, Du Preez said.

According to Davids, Europe will always be an important market for the sector. However, looking at income growth, population growth, and expectations, Africa and Eastern countries will become more prominent market destinations for South African exports.

“To remain competitive,” Marais said, “we have to take advantage of the country’s unique production climate and new technology that could transform the sector. It is also important to understand the preferences of different markets and to play each category’s strengths.”

“A few varieties are currently dominating the whole apple basket. I think this could change in the near future as we have very exciting new planting material and varieties.”

“In the early nineties, South Africa took the lead in bi-coloured pears production globally with the introduction of Forelle, Rosemarie and Flamingo. Cheeky followed later, and Celina (QT) was added to the basket three years ago. Forelle is susceptible to the fire blight plant disease, and we are fortunate with our climate not conducive to fire blight. Fire Blight causes Forelle trees to die after it was planted in many of the pear production countries of the world,” said Marais.

“There is a huge focus on sustainable and environmentally friendly farming practices, especially for British and European consumers,” said De Jager. “They want fruit that is fresh, safe and healthy.”

“South Africa has some of the best producers globally, with a solid base that has been established over many years. We have to build on that and be the first choice for trade and consumers alike,” concluded Du Preez.