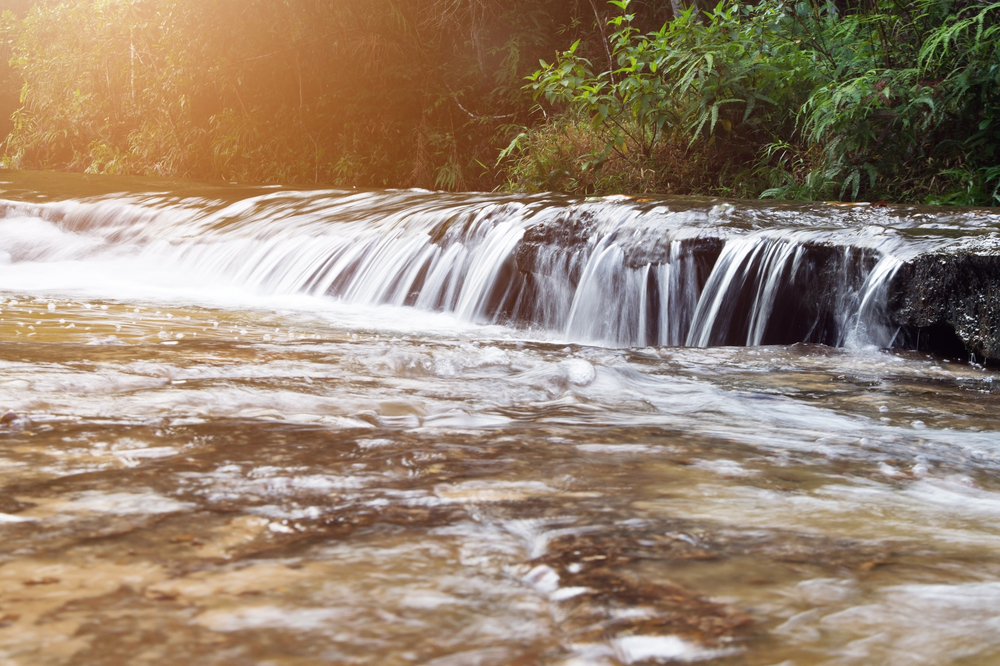 At the same time, wastewater treatment plants discharge large volumes of water that diminish the quality of the limited freshwater resources. A new study by a diverse team of experts, including researchers from the University of Amsterdam, shows that reusing treated domestic wastewater through groundwater fed irrigation can satisfy part of the agricultural water demand, while wastewater is naturally purified through the sub-soil. Their findings are now published in the scientific journals Science of the Total Environment and Reviews of Environmental Contamination and Toxicology.

The use of treated domestic wastewater in aboveground irrigation—and sometimes even untreated—is already widespread, particularly in the Middle East, South and North Africa and other Mediterranean countries, where the availability of freshwater is limited. However, drawbacks of this direct irrigation do exist, such as rapid evaporation. Fieldworkers and crops come into direct contact with contaminated water during aboveground irrigation, posing serious health risks.

Now, treated domestic wastewater is mostly directly discharged into surface waters such as rivers and lakes. Conventional wastewater treatment plants are unable to remove many micropollutants. This means that treated wastewater contains pharmaceuticals, antibiotic resistant bacteria and a wide range of other chemicals.

Lead author of the study is Ph.D. candidate Dominique Narain-Ford, from the UvA Institute for Biodiversity and Ecosystem Dynamics: “This discharge is particularly a problem during low flow conditions in the summer, causing small surface waters to consist primarily of treated wastewater. Water from these streams is in many cases directly applied to crops by sprinkler irrigation, resulting in the unintentional exposure to human pathogens and other micropollutants.”

Dominique Narain-Ford sampling a cropland in Haaksbergen that is sub-surfacely irrigated with sewage effluent. Credit: Dominique Narain-Ford
When treated domestic wastewater is supplied via groundwater fed irrigation, also referred to as sub-surface irrigation, soil passages eliminates direct contact. It also makes optimal use of soil processes that filter, buffer, break down and minimize the spread of chemicals.

The newly published research on sub-surface irrigation focused on the Netherlands, which is an ideal study location: a highly densely populated country, with 1.9 million hectares of cropland and a well distributed sewage treatment plants across the country. As yearly average, the total sprinkler irrigation water demand in the Netherlands is on average 144 million m3. Recently there were several dry years with peaks up to 256 million m3. Narain-Ford: “In our study we explored where, and how much, sewage plant effluent can directly be re-used in agricultural sub-surface irrigation during an average and dry season scenario.”

Sewage plants in the Netherlands have an annual discharge effluent of 1.9 billion m3, which is much higher than the annual water demand for aboveground irrigation systems. “Compared to aboveground irrigation techniques, sub-surface irrigation requires a lot of water for raising groundwater to a desired level, while less irrigation water is lost to the atmosphere through evaporation of interception water,” explains Narain-Ford.

The researchers showed that in the Dutch situation, direct intentional reuse of sewage plant effluent can fulfill up to 25% of croplands SSI water demand present within a five-kilometer transport buffer from the sewage plants. During a dry year this can be up to 17%. This means that respectively 78% and 84% of the total available Dutch sewage plant effluent would be used.

Noteworthy is that based on the size of the area infiltrated with sewage plant effluent during sub-surface irrigation, over a prolonged period the sub-surface irrigation water demand will diminish because of elevated groundwater levels. Narain-Ford: “Sub-surface irrigsation has the potential to kill two birds with one stone. Our insights will contribute to the safe use of wastewater in the concept of water reuse in the circular economy.”